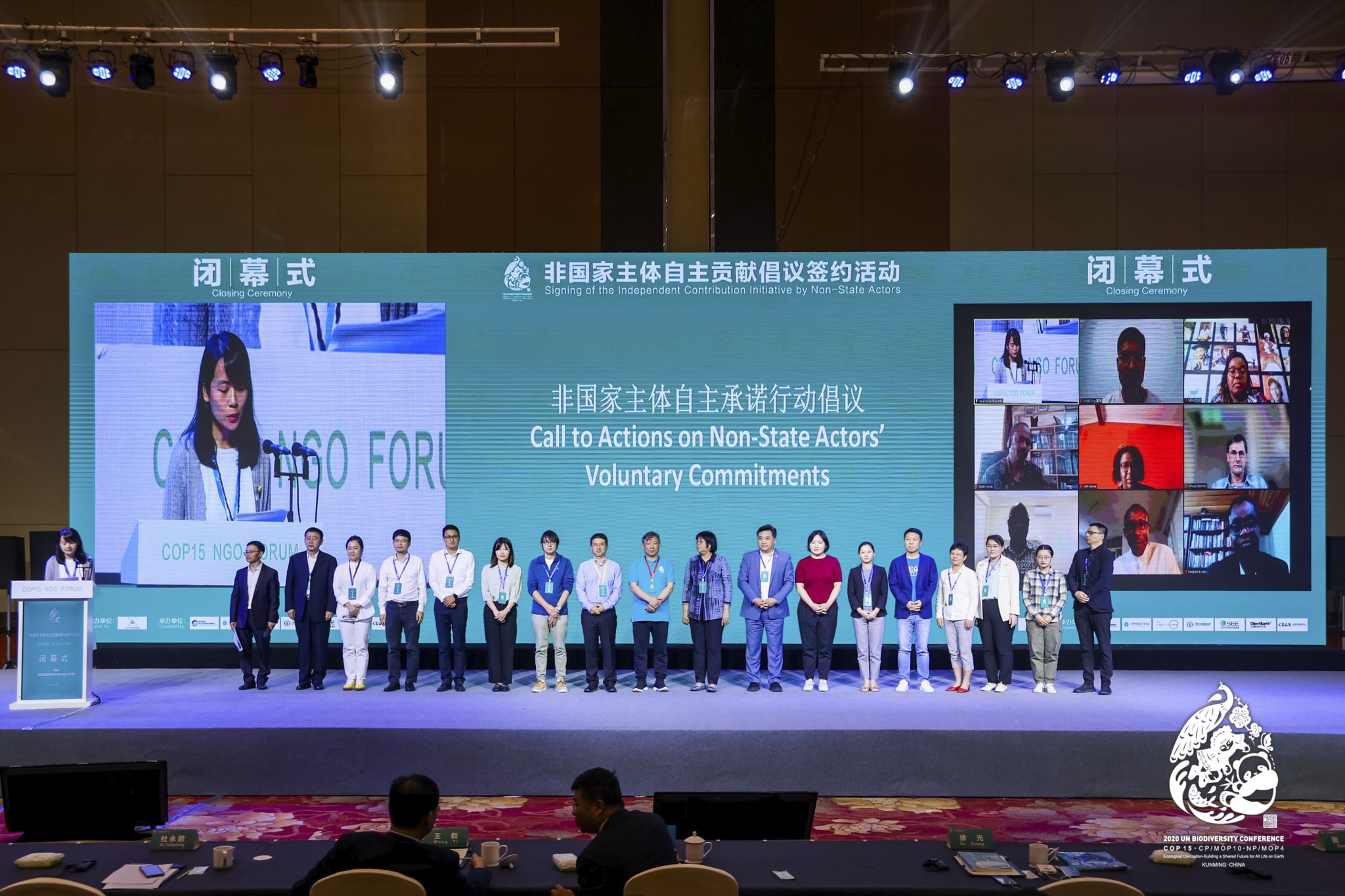 CBD: RA represented at the Parallel NGO Forum in Kunming

The Conventional on Biological Diversity (CBD) NGO Parallel Forum in Kunming was held in September 27 – 28. This was a unique opportunity for NGOs such as Resource Africa to join with the African CSOs Biodiversity Alliance (ACBA) to participate in the 2-day forum that was held virtually.  Fred Kwame Kumah of ACBA gave 2-minute statement about ACBA’s commitment to biodiversity conservation as an African voice.  Daniel Kobei read the joint declaration on non-state actors’ commitment to global biodiversity conservation. Lesle Jansen, CEO or Resource Africa South Africa participated representing Resource Africa (RA) where RA was part of other civil society who witnessed and supported this Declaration.

About the CBD NGO Parallel Forum

The Convention on Biological Diversity (CBD) NGO Action Forum is convened ahead of UN Biodiversity Conference and mobilises hundreds of commitments to help advance biodiversity goals and objectives, including post-2020 global biodiversity framework

This year the Action Forum was attended by over 400 participants with 50 voluntary commitments from NGOs and other stakeholders in the context of a joint call for action on biodiversity at its high-level closing ceremony in support of the fifteenth meeting of Conference of the Parties (COP-15) to the Convention on Biological Diversity (CBD).

The joint call for action, embodies the theme of COP-15, “Ecological Civilization: Building a Shared Future for All Life on Earth” and commits entities to take concrete actions, including:

1. Increase participation of non-State actors in the development and implementation of the post-2020 global biodiversity framework
2. Support national biodiversity strategies and action plans and implementation of actions at the national level
3. Support strategies for biodiversity mainstreaming, with further engagement of indigenous peoples, local communities, women and youth in the process
4. Further promote education and public awareness
5. Invest in biodiversity practices in China and abroad
6. Mobilize non-State actors to catalyse further action in the context of COP-15, the post-2020 framework and the Sharm El Sheikh to Kunming Action Agenda for Nature and People.

Elizabeth Maruma Mrema, CBD Executive Secretary said, “I applaud all participants who made commitments, for leading by example and contributing to the Sharm El Sheikh to Kunming Action Agenda.”

About the Convention on Biological Diversity (CBD)

The Convention was opened for signature on 5 June 1992 at the Earth Summit in Rio de Janeiro, and entered into force in December 1993. The CBD is an international treaty for the conservation of biodiversity, the sustainable use of the components of biodiversity and the equitable sharing of the benefits derived from the use of genetic resources.

With 196 Parties, the CBD has near universal participation among countries. The CBD seeks to address all threats to biodiversity and ecosystem services, including threats from climate change, through scientific assessments, the development of tools, incentives and processes, the transfer of technologies and good practices and the full and active involvement of relevant stakeholders including indigenous peoples and local communities, youth, women, NGOs, sub-national actors and the business community.

The Cartagena Protocol on Biosafety and the Nagoya Protocol on Access and Benefit-Sharing are supplementary agreements to the CBD. The Cartagena Protocol, which entered into force 11 September 2003, seeks to protect biodiversity from the potential risks posed by living modified organisms resulting from modern biotechnology. To date, 173 Parties have ratified the Cartagena Protocol. The Nagoya Protocol aims at sharing the benefits arising from the utilization of genetic resources in a fair and equitable way, including by appropriate access to genetic resources and by appropriate transfer of relevant technologies. Entering into force 12 October 2014, it has been ratified by 132 Parties.