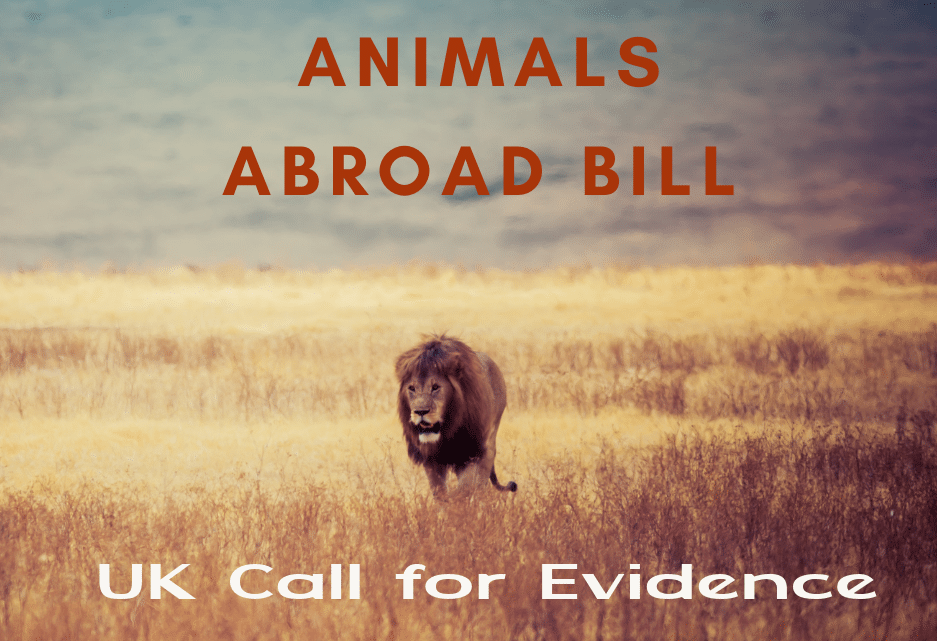 The UK government’s proposed Animals Abroad Bill is purportedly meant to reduce the involvement of UK citizens in activities that cause animal welfare and conservation harms in other countries. But, as it is written, the Bill is likely to cause more harm to wildlife conservation than good, whilst undermining the rights of rural African communities.

The UK government’s proposed Animals Abroad Bill is purportedly meant to reduce the involvement of UK citizens in activities that cause animal welfare and conservation harms in other countries. Among the activities it aims to restrict is trophy hunting, which contributes to the conservation of 1,394,000 km2 of land in sub-Saharan Africa[1] and provides 50-90% of the income generated by community-based organisations in southern Africa. The Bill’s proposed ban on importing animal trophies into the UK is therefore of some concern to rural African communities and organisations that support community-based conservation. As it is written, the Bill is likely to cause more harm to wildlife conservation than good, whilst undermining the rights of rural African communities.

The Bill has been framed as a way for the UK to show “conservation leadership” internationally. In reality, it seems to be an effort to score easy political points with British voters, whilst disrespecting the sovereignty of every nation this Bill may affect. Far from showing international leadership, the UK is engaging in paternalistic neo-colonialism where the possibility of gaining a few domestic votes outweigh the needs and perspectives of people living in developing countries.

A verbal evidence session held on the 2nd of November for the UK parliamentary committee regarding the Animals Abroad Bill reveals extreme disregard for the people who may be affected by UK policies. As its name suggests, this Bill is all about UK policies that are meant to affect animal-based economic activities that involve UK citizens in other countries. Yet perspectives from these other countries on why these economic activities exist in the first place have been effectively blocked.

The inquiry started with the Environment, Food and Rural Affairs Committee (EFRA) issuing a public call for written evidence. One of the 42 submissions[2] included a group of African community leaders called the Community Leaders Network of Southern Africa (CLN). The CLN is unique among evidence providers, as they hail from rural African communities that have direct dealings with the trophy hunting industry. Their views[3] are therefore based on lived experiences, rather than distant theory. 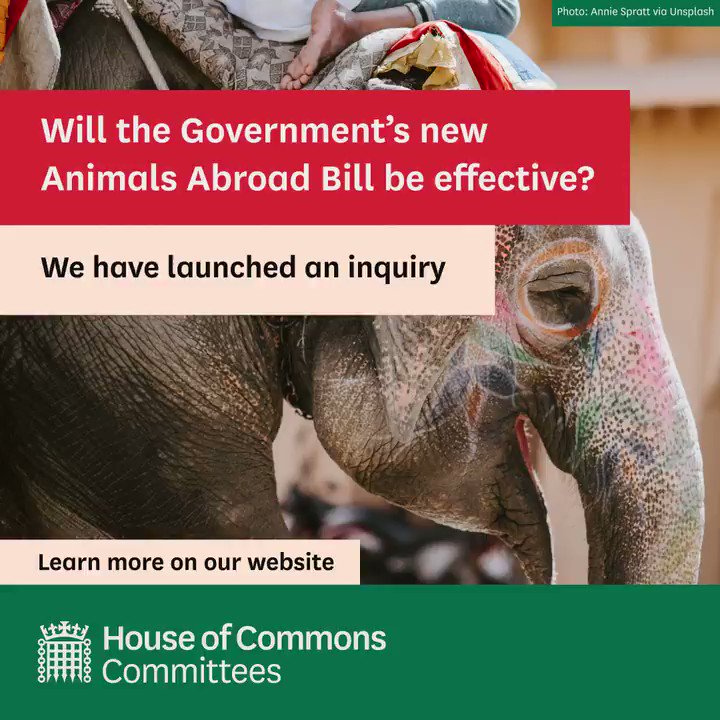 Perhaps in recognition of this, EFRA invited the CLN to give evidence before the committee in early November. Yet the CLN were later informed that the hearing had been postponed until next year. They were therefore extremely surprised to learn of the hearing held on the 2nd of November. Is EFRA deliberately excluding the voices of rural Africans from this discussion in order to bias the outcome of the committee’s deliberations?

The composition of the witness group[4] that was called to give verbal evidence instead suggests that this may be so. All three witnesses are drawn from anti-hunting lobby groups that have a financial stake in shutting down the hunting industry: Mark Jones of the Born Free Foundation, Audrey Delsink of Humane Society International and Eduardo Gonçalves of the Campaign to Ban Trophy Hunting. This hearing was no more balanced than if EFRA had selected three hunting organisations as witnesses. Dr Delsink attended the meeting from South Africa, so there was no practical reason for excluding other Africans from this discussion.

In the absence of people who live and work within local communities, the three witnesses used this opportunity to present misinformation, distort statistics, and make unsubstantiated claims about rural Africa. Without alternative views being presented, there was no way for the committee to test these claims and thus develop a balanced view on the situation.

After a few unattributed statements from anonymous Africans, Mr. Gonçalves claimed that: “Trophy hunting is not serving the stated purpose of uplifting the community. The community gets 0%”. Sometime thereafter, Dr Jones quoted an Economists at Large report that claimed that only 3% of trophy hunting revenue trickles down to local communities. Besides blatantly contradicting each other, neither of these statements is true. 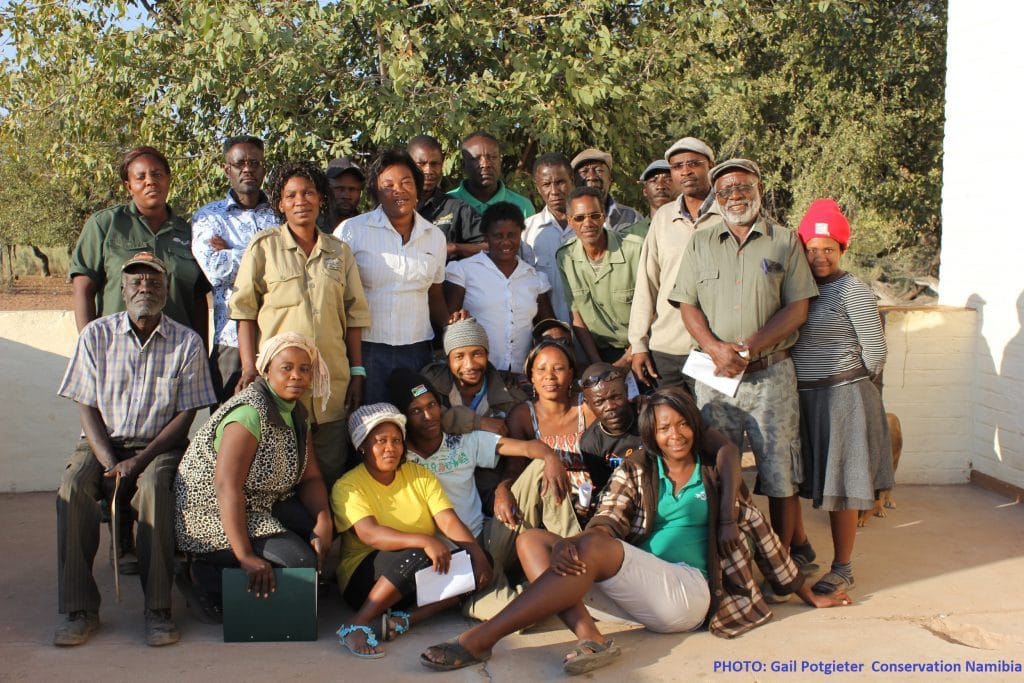 According to the CLN, between 50-90% of the income to community-based conservation initiatives in their countries is derived from trophy hunting. In communal conservancies in Namibia[5], hunting outfitters purchase wildlife quotas directly from these community organisations following robust, transparent negotiations. When a price is agreed, 100% of it is paid to the conservancy, either up front or after a successful hunt. Similar negotiations are undertaken in Zimbabwe Botswana, Zambia, Tanzania and Mozambique, and revenue is shared between the community and government according to the laws of these countries.

The money generated is used to run community conservation operations and provide various benefits to the people living in these areas, based on their needs. Benefits include building or maintaining schools and clinics, delivering electricity and water to rural homes, and providing cash benefits. Before COVID-19, 49 conservancies had a positive balance sheet, thus having a surplus to provide benefits for their members. Without hunting income, only 17 conservancies would be in this position[6]. In 2019, Namibian communal conservancies distributed over N$ 87 million[7] (£4.3 million) in cash payments and meat derived from hunting to their members.

All three witnesses insisted that viable alternatives to trophy hunting exist, with Dr Delsink going so far as to claim that the development of these alternatives is somehow hindered by the existence of trophy hunting. She then contradicted herself with an example of a South African community-based organisation switching from trophy hunting to photographic tourism when the opportunity arose. This happened in a country that still hosts a thriving trophy hunting industry. Similarly, Namibian conservancies host both hunting and photographic tourism operations and see these as complementary[8] sources of income. A Payment for Ecosystem Services initiative in Namibia (called Wildlife Credits[9]) is being developed and tested within conservancies that allow trophy hunting. There is no evidence that hunting prevents the establishment of alternative income sources.

The discussion on alternative livelihood options glaringly lacked a key ingredient – the freedom of choice exercised by people who live with wildlife. None of the witnesses considered this to be an important factor, choosing rather to coerce African people into adopting externally imposed ideas. In reality, the people who are best placed to decide which stream of income to choose are those who have the rights to use those resources to support their livelihoods – rights that are enshrined in international laws[10] and declarations[11] to which the UK is party.

Mr Gonçalves denied the existence of these rights with several unsubstantiated claims that the hunted animals are not used for any purpose besides trophies. To the contrary, the meat[12] from trophy hunts is widely distributed within communities where the hunt takes place. By denying that wild animals are used by anyone for any purpose, Mr Gonçalves overlooks the many uses African people have for animals that are an integral part of their culture.

Other blatant falsehoods presented by the three witnesses could easily have been debunked, were conservation scientists provided an opportunity to speak to the committee. Mr Gonçalves claimed that there are 1,300 rhinos in Africa, when in fact there are 22,500-24,500[13]. Dr Jones claimed that 4,000 rhinos were trophy hunted between 2007-2017, yet the real number is a quarter of that (1,180[14]). He also conveniently ignores that the two countries that allow rhino hunting (Namibia and South Africa) have the largest rhino populations in Africa. In her comments regarding giraffe, Dr Delsink similarly ignores evidence that giraffe populations in southern Africa (where giraffe hunting is allowed) are increasing, while they are declining elsewhere[15].

While all three witnesses tried to link trophy hunting with biodiversity loss, scientific data of wildlife population trends show that the southern African countries that allow hunting have excellent animal conservation track records[16]. The reason for this is simple – where the people living with wildlife see an economic value to its presence, they have a direct interest in conserving those species. Where wildlife has no value, it is replaced with livestock or crops that do have value. This is not unique to Africa – farmers in the UK see no value to badgers and foxes, which results in widespread persecution of these species. UK farmers have long since eradicated other species like lynx and wolves that threatened their livelihoods at one time. Farmers are resistant to reintroduction attempts of these species and the UK government seems to respect these views, despite calls from some quarters to prioritise animals over rural livelihoods.

The treatment that EFRA subjected African community leaders to prior to this hearing has unfortunately highlighted an abysmal lack of respect that the UK government has for rural Africans. Unlike UK farmers, African farmers are expected to bear the brunt of living with lions and elephants that not only kill livestock and damage crops, but also kill people. If the Animals Abroad Bill really were about international conservation leadership, the UK government would make serious efforts to give rural Africans a fair hearing. Without such a hearing, this process is merely perpetuating a colonial, disrespectful attitude towards Africa.