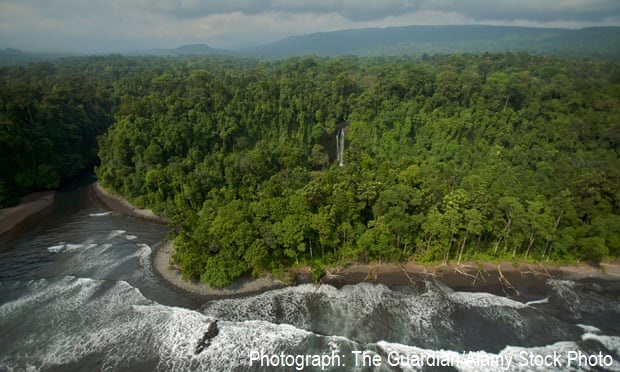 The Global North: time for some home truths about deforestation

Is the Global North’s distance from the immediate impacts of biodiversity loss, climate change and COVID19 affecting perceptions of these realities as the fault of the worst affected peoples? Laura Spinney’s piece exposes some home truths citing French environmental historian Guillaume Blanc, who argues in a new book that has yet to be translated into English, L’invention du colonialisme vert (The Invention of Green Colonialism),

“the idea that Africa was once covered by a vast, primary forest is a myth invented by colonialists in the early 20th century. Over a period of several million years, the continent’s tree cover waxed and waned as the climate warmed and cooled. After humans came along, they cleared some trees and planted others, such that by the time Denys Finch Hatton took Karen Blixen for a spin in his Gipsy Moth – a scene immortalised in Sydney Pollack’s 1985 film Out of Africa – the Kenyan landscapes they soared over were thoroughly human-sculpted.”

Click to read the opinion piece in full
Facebook0Tweet0LinkedIn0Email0
Wordpress Social Share Plugin powered by Ultimatelysocial
Share this ArticleLike this article? Email it to a friend!
Email sent!
COVID-19 IMPLICATIONS FOR CONSERVATION, COMMUNITIES AND WILDLIFEDismissLearn More