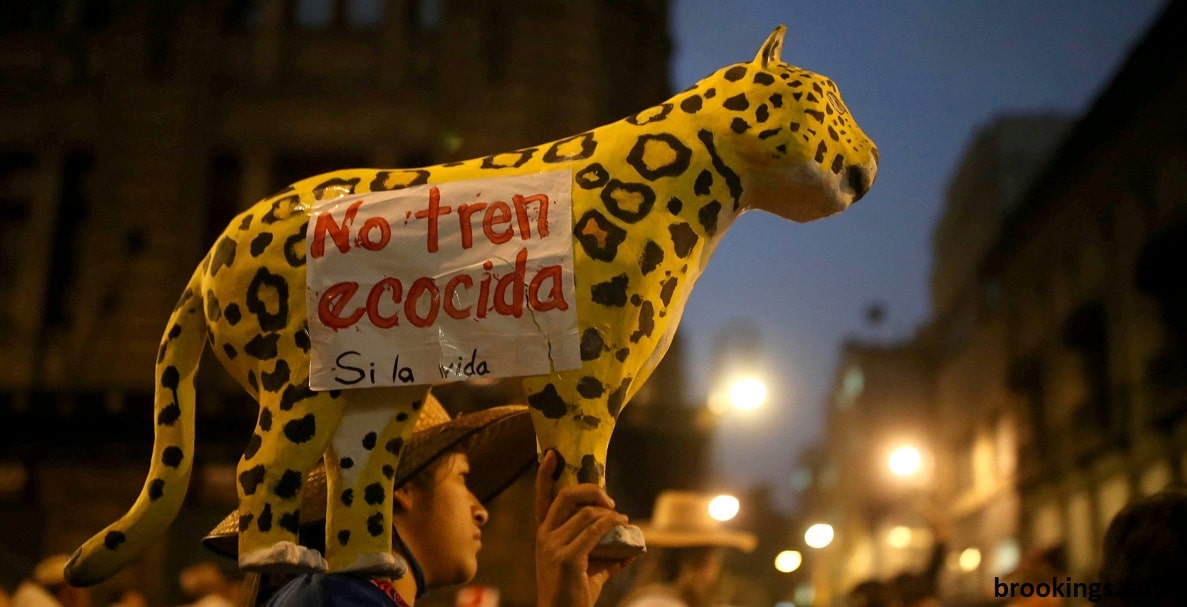 To many Mexicans, they appear to be distant issues in Asia and Africa. Indeed, the COVID-19 pandemic exploded in a market in China, and entailed the meat of wild animals, as did the 2003 Severe Acute Respiratory Syndrome (SARS).

But such pandemics can emerge anywhere, as a result of improper husbandry of domestic or wild animals that fails to separate wild animals from domestic livestock, or from veterinary failures. Such regulatory deficiencies are pervasive around the world and persist also in the United States. The H1N1 swine flu that killed 10,000 Americans and at least 671 Mexicans emerged in North America as a result of packing thousands of domestic livestock together in a cramped space for food production.

Human encroachment on natural habitat — such as for cattle ranching, logging, mining, hunting, road construction, or building residences — poses another severe threat of zoogenic disease emergence. With more habitat lost and fragmented, more animals crowd together in small places where the chance of a viral spillover among species and to humans significantly increases.

A growing illegal trade in wildlife in Mexico goes unnoticed beyond the conservation community. Parrots, macaws, and other wild birds are poached in Mexico for pets and illegal sales throughout Latin America. Jaguars in Mexico are poached on orders of cattle ranchers;, but as elsewhere in Latin America, they also increasingly supply East Asian markets in trophies, and so-called Traditional Chinese Medicine (TCM) in East Asia that dubiously assigns curative and aphrodisiacal powers to consumption of wild animals and plants. The poaching of the totoaba fish in the Gulf of California for Chinese markets is driving the world’s smallest porpoise, the vaquita marina, to extinction. Reptiles and snakes, live and their skins, are smuggled from Mexico to the United States and Europe, also into Mexico. Orchids and cacti are poached in Mexico for illegal domestic sales and export. Like with drugs, legal ports of entry at the U.S.-Mexico border are experiencing vast smuggling of wild plants, animals, and their parts — with few officers dedicated to halting the traffic in the United States and even fewer in Mexico.

Pressures on natural habitats from logging for timber, cattle ranching, agricultural production, and natural resource extraction have intensified across Mexico. They include illegal logging in Chiapas and Michoacán, including in the monarch butterfly protected areas whose wildlife defenders were recently murdered. Vast deforestation in Mexico is also under way for avocado cultivation. The AMLO administration has paid little attention to these issues, dismissing poaching in Mexico at global fora, defunding Mexican environmental agencies, and promoting environmentally-problematic projects such as the Mayan Train.

Nor should the measures involve the elimination of livelihoods of the hundreds of millions of people dependent on hunting for basic food security and subsistence. Yet all wildlife trafficking does pose grave environmental and other threats, including of zoogenic disease spread, and needs to be countered. Shutting down wildlife retail markets selling poached animals and increasing barriers to entry to them, targeting the middle operational layer of smuggling networks, and helping to provide alternative livelihoods to poor poachers lacking subsistence and income are some of the key tools.But legal trade in wildlife, a massive global business involving millions of live specimens of wild animals annually, needs to be systematically monitored to prevent the spread of disease to native animal species, domestic livestock, and humans. Dangerously, the overwhelming majority of the global legal trade in wildlife, including between Mexico and the United States,is not subject to any disease monitoring.

This article was originally published by La Reforma’s Mexico Today.