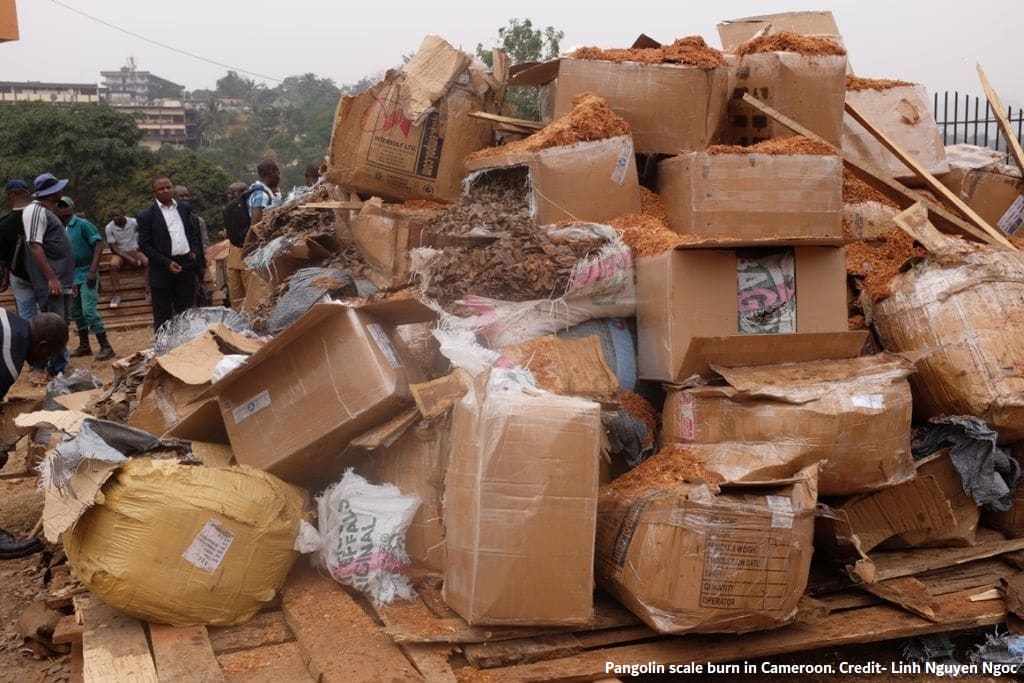 An in-depth feature in Knowable Magazine  by Natasha Gilbert reports that scientists and wildlife trade experts worry CITES bans may be backfiring by driving up demand, arguing  the convention is  meant to help ensure wildlife trade meets people’s needs while also safeguarding nature.

Two examples of trade bans on wildlife and one on a plant species that saw an increase rather than decrease of trade in endangered species are the pangolin and rhino horn trade:

“Conservation organizations hailed the pangolin ban as a big win in the war against the multibillion-dollar wildlife trade. But some scientists and wildlife trade experts worry that CITES bans — in this case and others — may be backfiring, by encouraging rather than suppressing trade in a species. “As products become rarer, prices and demand increase. You just hit species all the way into extinction,” says Brett Scheffers, a wildlife ecologist at the University of Florida. Poorly policed trade controls can allow illegal trade to flourish, adds Michael ‘t Sas-Rolfes, a sustainability economist specializing in the wildlife trade at the University of Oxford.” 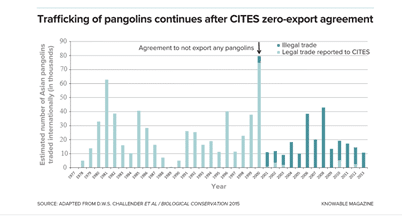 “In 1977, for example, an international trade ban on the black rhino led to a tenfold increase in the price of rhino horn over a two-year period, spurring poaching and driving populations to extinction in some areas.

“And trade restrictions that began in 2013 on species of rosewood helped to make the precious timber the most trafficked group of endangered species in the world.”