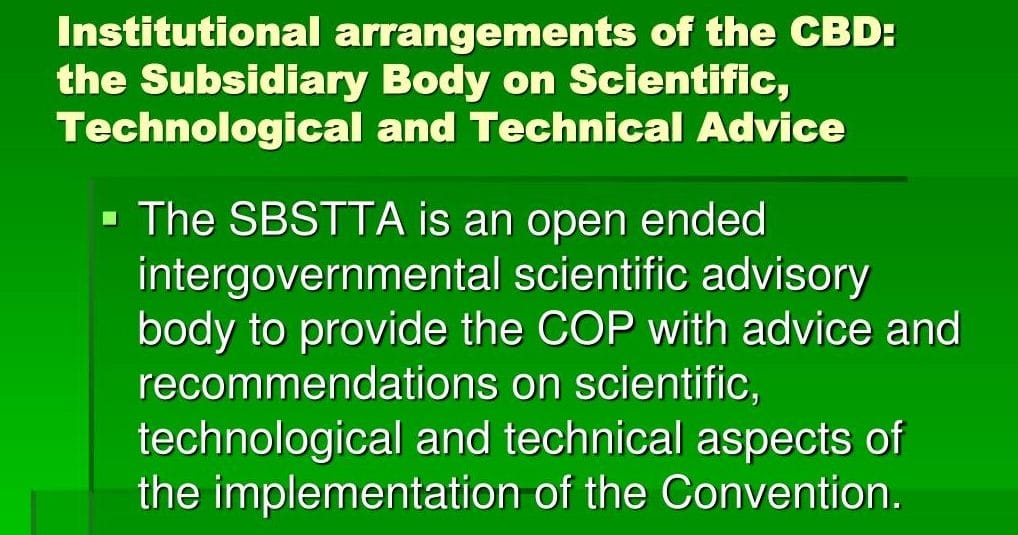 Leave no voice unheard! Sustainable use of biodiversity is a human rights issue in Africa

[3] Nagoya Protocol on Access to Genetic Resources and the Fair and Equitable Sharing of Benefits Arising from their Utilization to the Convention on Biological Diversity, Doc.: UNEP/CBD/COP/DEC/X/1 of 29 October 2010, preamble

[9] United Nations Convention to Combat Desertification in those Countries Experiencing Serious Drought and/or Desertification, Particularly in Africa United Nations, Treaty Series , vol. 1954, p. 3, article 19(1)(c) which  seeks to empower capacity building of  States for the conservation and sustainable use of natural resources;

[12] Convention on wetlands of international importance especially as waterfowl habitat UNTS Volume Number 14583, art 3(1) on the wise use of wetlands

[15] Revised African Convention on the Conservation of Nature and Natural Resources. Share: Date of Adoption: March 07, 2017

[18] Report of the Special Rapporteur on the issue of human rights obligations relating to the enjoyment of a safe, clean, healthy and sustainable environment