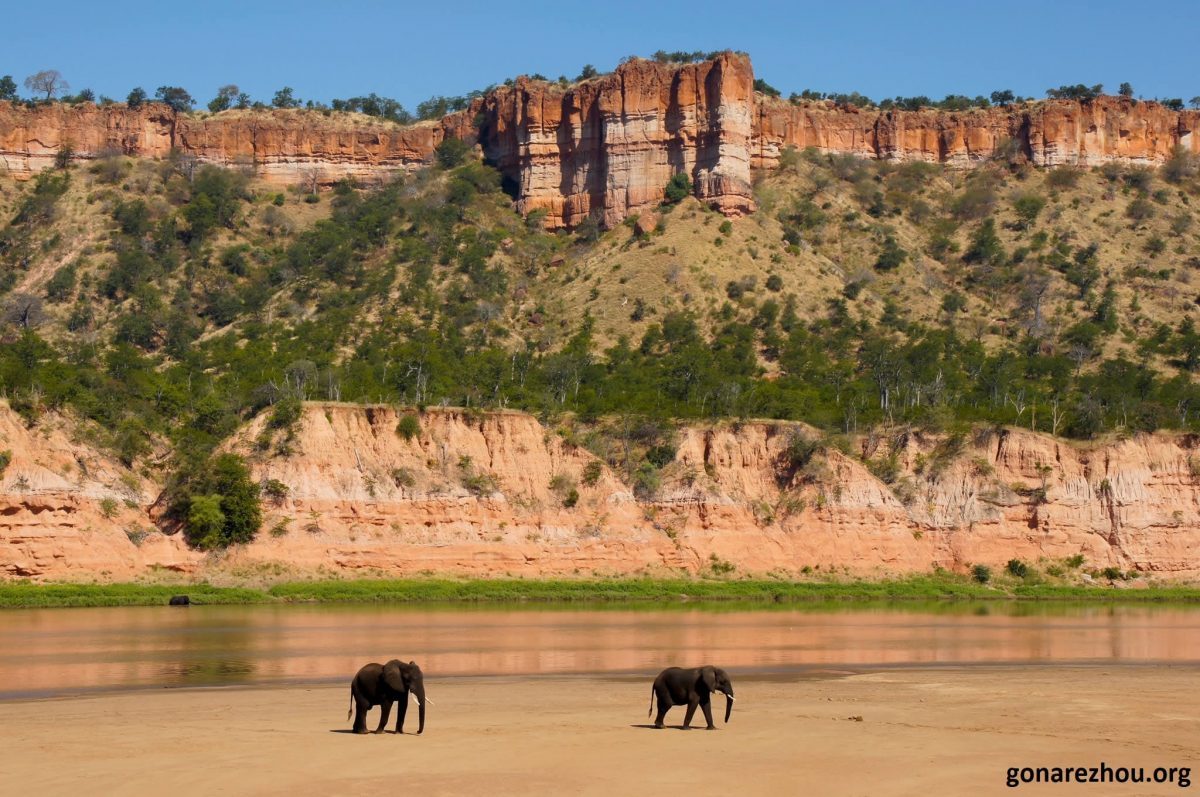 I was seated listening to the melodious and whistling sounds of birds in the forest. Memories of childhood popped in and took me down memory lane. I grew up in the most respected royal family in Zimbabwe. My grandfather had many wives, who interacted with us during the night by telling us stories from folktales, conservation-related stories and the Vahlengwe wisdom, to the local history of our area. It was a taboo to narrate the stories during the day, so night time was story time. Narrating a story during the day could result in a mysterious death of either of your parents. 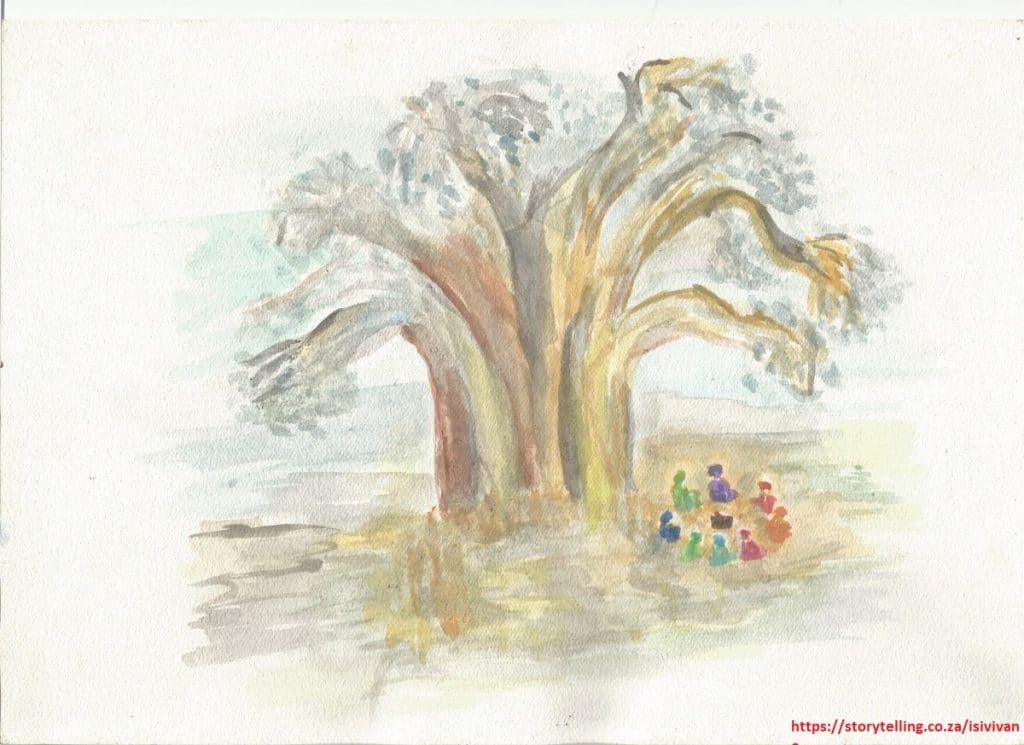 As children of the Mahenye Royal Family, sat down and allowed kokwani N’waTlhuvani to lead the proceedings of that night. She began her story with a soft voice:

“As you can see for yourself my grandsons, things have completely changed. It seems like we are near the end of the world. Before the coming of the white people in our area, my father-in law used to regulate the sustainable use of natural resources in the area, including hunting of wild animals. No one was allowed to kill a wild animal without authority from the chief. Mischievous acts could be met with a huge fine to the offenders.

“As the community, we collectively owned the wildlife, so when the time came to reduce our wildlife numbers, we collectively decided its fate. The chief would make the decision together with the mandoda (the advisors of the chief in our local Xitsonga language). Elders knew the breeding season of certain wildlife species and ensured that our hunts process would not coincide with that season. Authorised hunting would take place outside of breeding season. During authorised collective hunting (or Qina in our language) the mandoda accompanied the hunting team on the hunt. Their role was to keep an eye on the team to make sure that they do not kill the females and to ensure that the number of animals to be hunted, as agreed at the chief’s palace, is not surpassed.

“What became foreign to us was when the white men came and gave guns to our father-in law who was the chief at the time. Chief Mahenye shared five guns amongst his sons and one to his sororal niece Phalamuke. That is when your grandfather Uketi was given a gun. The control of wildlife resources began to be centralised and were reserved for use by the white elite only. However, your grandfather and his brothers were authorised to kill for subsistence use only according to limits imposed by the white government. The community was no longer receiving meat benefits as they used to under the traditional system. The colonial system created divisions in our society, many of which were about wildlife. Unsustainable use of natural resources in the area subsequently followed. Big five species were reserved for the elite white people meaning that whenever they killed an elephant or rhino, the ivory or horns would have to be handed over to the government officials. These officials came and collected horns and ivory in the area without paying anything to the community. As a result, big five species became the “King’s game” – they were reserved for use by the elite, thereby promoting greediness and unsustainable killing of wild animals.”

Continued N’waTlhuvani: “Pandemonium finally broke out when Shadreck Muteruko Khumbula got connected with the Portuguese ivory dealers. He got a heavy calibre gun to kill the King’s game. When reports rang out that there is a man killing elephants in the Mahenye area without the government’s permission, they were furious. Security teams were deployed to find Shadreck whom they called a poacher. That incident led to the decimation of wildlife species in the area as everyone was now killing wild animals to supplement their families, and our society was now divided on the issue of hunting wildlife.

“The ushering in of the new dispensation in 1980 saw the restoration of our user rights over our wildlife. The new system was collectively designed to benefit everyone and we began realising the benefits from the meat and hunting proceeds when elephant and other wild animal species were legally killed. It is when we discovered that even if they take our ivory, they pay us fairly for it. Later, wild animal numbers multiplied and were restored as they were before. Finally, your grandfather and his brothers were instructed to surrender their guns to the government, and the CAMPFIRE Programme in Zimbabwe was born.” 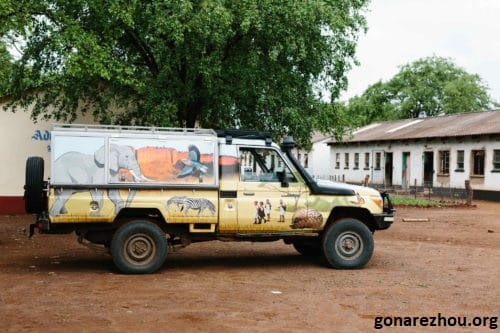 Qina – is a regulated, traditional and legal way of collectively harvesting wild animal species that was used before colonialism.

Xitsonga – is the language spoken in 4 Southern African countries that include Mozambique, South Africa, Zimbabwe and Swaziland. The speakers of the language are divided by the borders, but are geographically located in one region. The language is mistakenly called the Shangani language. This comes from Soshangane who tried to impose his Shangani language to the Tsonga ethnic group.

In 2008, Liberty was elected as a Campfire Vice Chairman, later becoming Chairman. He left in 2011 to study at Great Zimbabwe University in 2012 up to 2014 where he tool a BA in Linguistics, Philosophy and Shangani language.After completing his studies, he was elected anew as the Campfire Chairman in 2016 until 2019.
During this period the community procured a tractor trailer, and three disc mould board plough for the tractor. The tractor is hired out by the community, thus adding to Campfire revenues. This period also saw the construction of 2 pre-school blocks and 2 classroom blocks. A laptop computer and a printer was purchased so that office work will be easier for the Project Clerk. It was also used to compile Jamanda incidents reports of fence vandalism, wild fires and poaching reports. Jamanda project is a community conservancy initiated by the community as a Campfire Conservation Project. The conservancy is fenced with three pickets for scouts, a workshop, headquarters and a reception/interpretive centre all sponsored by the European Union under EU WILD projects. To ensure conservation a success, Jamanda partnered with Gonarezhou National Park who assisted with fence security and anti poaching. To further empower the community to be responsible with the conservation of its wildlife, Jamanda engaged Gonarezhou to train 10 people as community rangers, and after a period of 2 years these rangers will be fully trained rangers and take over the protection of the community conservancy. Liberty has also created opportunities for community members with diabilities, such as Tawanda Sithole, who is hearing and speech impaired. Tawanda Sithole's father passed away and he is now the breadwinner in his family. Liberty also holds a BA Hons in English and Media Studies.