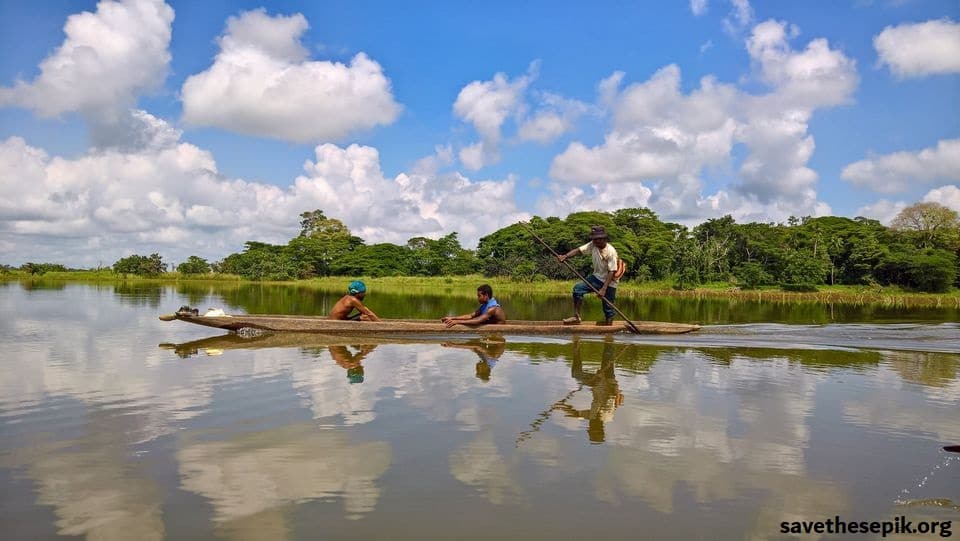 “Plan for largest mine in Papua New Guinea history ‘appears to disregard human rights’, UN says” is the headline for an article in The Guardian on October 7, 2020.

“The plan for the largest mine in Papua New Guinea’s history carries a risk of catastrophic loss of life and environmental destruction and “appears to disregard the human rights of those affected”, according to United Nations officials.

“In an extraordinary intervention, 10 UN special rapporteurs have written with “serious concerns” to the governments of Papua New Guinea, Australia, China, and Canada, as well as the Chinese state-owned developers of the gold, copper and silver mine proposed for the remote Frieda river in the Papua New Guinea’s north.”

“In its environmental impact statement for the Frieda river mine, PanAust said the “nation-building project … presents broad commercial and socioeconomic development opportunities for Papua New Guinea”.

“The mine plan also includes a hydroelectric plant, power grid, and road, airport and seaport upgrades.

Although disputed by Asia Pacific human rights advocates and the Sepik inhabitants themselves, the mining company, PanAust, claims that  “it had engaged in “extensive and ongoing engagement … over several decades” with those affected by the mine, running information sessions in nearly 140 villages, attended by more than 18,000 people.

“Local opinions and issues have been sought through engagement campaigns … formal and informal meetings with village leaders, and through socioeconomic surveys conducted in villages between 2010 and 2018.”

However, a 2019 report published by Jubilee Australia Research Centre in collaboration with Project Sepik “alleges that the intended mining activity threatens to destroy the health of a major river system and poison fish stocks, and has the potential to cause violent unrest. Further, the report alleges that the Free, Prior and Informed Consent of locals was not adequately obtained.”