By acting now, African countries and their indigenous people and local communities (IPLC) can work together to ensure that the Post 2020 Global Biodiversity Framework (GBF) includes their perspectives. This Resource Africa Position Paper works within the framework of the UN Convention on Biological Diversity’s (CBD) Nagoya Protocol on Access to Genetic Resources and the Fair and Equitable Sharing of Benefits. Specifically, it argues that African rural communities have the right to sustainably use and benefit from their wildlife, just as they have the right to benefit from the utilisation of their plant species.

36% of the world’s Key Biodiversity Areas fall within the lands and territories of indigenous people and local communities. [1]

91% of the land managed by indigenous people and local communities is considered to be in good or fair ecological condition. [2]

Meat from wild animals contributes 60-80% of the dietary protein of remote rural communities around the world. [3]

Wildlife-based industries, including tourism and hunting, generate US$29 billion annually and employ 3.6 million people in Africa. [4]

RIGHTS TO PLANTS AND WILDLIFE

Integrating community hunting rights with the sustainable use of natural resources...

Sustainable Use of Wildlife: It’s The Law!

Resource Africa (RA) recently launched a policy position paper entitled Indigenous Flora and Fauna, African Resources for African People, wherein we argued for the inclusion of the sustainable use of wildlife into the UN Convention of Biological Diversity’s (CBD) Nagoya Protocol. To discuss the implications of this position paper in more detail, Leslé Jansen (our CEO) moderated a webinar with five panellists that each brought a different perspective on the issue. The panellists included two legal experts and three community representatives from southern Africa. Kauna Schröder of Namibia was the keynote speaker who is the chairperson of the Nagoya Protocol compliance committee and the Namibian focal point for implementing the protocol.
Play Video

By acting now, African countries and their indigenous and local communities (IPLC) can work together to ensure that the Post 2020 Global Biodiversity Framework (GBF) includes their perspectives. This webinar will present a timely Policy Brief within the framework of the UN Convention on Biological Diversity’s (CBD) Nagoya Protocol on Access to Genetic Resources and the Fair and Equitable Sharing of Benefits. Specifically, these rural communities have the right to sustainably use and benefit from their wildlife, just as they have the right to benefit from the utilisation of their plant species. 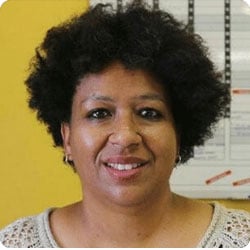 Leslé Jansen is a South African indigenous lawyer with over 15 years’ experience in the areas of environmental and social justice, with special focus on traditional knowledge, local communities and resource rights. Prior to joining Resource Africa, she was part of the management team of Natural Justice where she worked for nine years supporting local communities’ resource and related rights across southern Africa. Ms Jansen holds a Master’s degree in Indigenous Peoples in International Law from the University of Arizona (USA) and a Master’s degree in the Rule of Law for 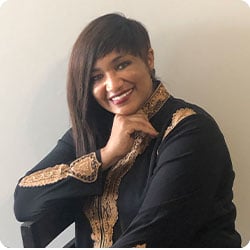 Chairperson of the Compliance Committee of the Nagoya Protocol on Access and Benefit Sharing under the 1992 Convention on Biological Diversity (CBD). Principal Project Coordinator and Advisor to the Environmental Commissioners Office. Department Environmental Affairs. Ministry of Environment, Forestry and Tourism

Ms. Betty Kauna Schröder is the Principal Project Coordinator and Advisor to the Environmental Commissioners Office, Department Environmental Affairs, under the Ministry of Environment, Forestry and Tourism, Namibia. She is the Namibian focal 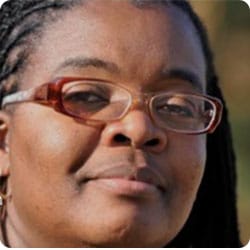 Director of the Namibian Association of CBNRM Support Organisations (NACSO)

Maxi’s background is tourism and conservation. In 1995 she co-founded the Namibia Community Based Tourism Association (NACOBTA) and was the Director of the association for 9 years. Maxi joined NACSO in 2005 as the Secretariat Coordinator whose current activities include coordinating NACSO’s three main thematic working groups and 9 non-profit organisations, as well as researchers and consultants working in communication. In this role, she creates linkages with partners and parliamentarians, 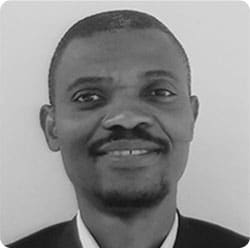 Ademola Oluborode Jegede is a Professor of Law in the School of Law, University of Venda, Thohoyandou, South Africa. He holds degrees from Obafemi Awolowo University Ile-Ife, Nigeria (LLB), the University of Ibadan, Nigeria (Master of Public Health) and the Centre for Human Rights, Faculty of Law, University of Pretoria, South Africa (LLM & LLD). He has been a research visitor at the Center for International Environmental Law in the USA and the Human Rights Institute at Abo Akademi in Finland. His research focuses on the interface of climate change and biodiversity with human rights of vulnerable groups. Follow Ademola on:
Twitter | Facebook. 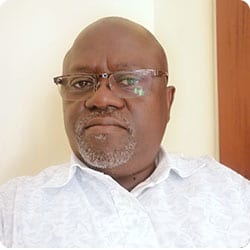 Malidadi Langa is a member of the Southern Africa Community Leaders Network (CLN) representing CBNRM associations in Malawi where he works with communities living around protected areas. He is passionate about promoting conservation models that strike a healthy balance between conservation and livelihood outcomes to ensure a harmonious existence between nature and people. Specifically, Malidadi’s interests revolve around CBNRM policy and legislative frameworks, community access and sustainable use, beneficiation schemes and nature-based tourism, and protection of community rights (including human rights),

Ivan Vaalbooi is originally from the San groups in the Southern Kalahari, South Africa. He holds qualifications in Public Management as well as various qualifications in Conservation and tourism. Due to his keen interest in Indigenous people’s issues and their rights associated with it, he started working with several organisations that support Indigenous and Marginalised communities. Ivan currently works as Programme Officer for Natural Justice. Natural Justice are Lawyers for Communities and the Environment who specialise in human rights and environmental law in Africa in pursuit of both environmental

What is the Nagoya Protocol?

The Nagoya Protocol on Access to Genetic Resources and the Fair and Equitable Sharing of Benefits Arising from their Utilisation operates in the context of the Convention on Biological Diversity (CBD). It is therefore a supplementary agreement to the UN Convention on Biological Diversity that entered into force in October 2014. The Nagoya Protocol focuses specifically on one of the three main objectives in the CBD: the fair and equitable sharing of benefits derived from the utilisation of genetic resources.

Access and Benefit Sharing (ABS) is the main feature of the Nagoya Protocol, which outlines how countries may regulate access to biological resources and fare and equitable sharing of resulting benefits. ABS is an instrument to ensure that a fair value is placed on biodiversity and traditional knowledge associated with it, which ultimately provides benefits leading to the conservation and sustainable use of biodiversity.

How are countries implementing the Nagoya Protocol?

Countries implement the Nagoya Protocol through national regulatory frameworks that establish the ABS (Access and Benefit Sharing)  requirements and procedures that apply within their jurisdiction. For example, the South African government has developed a Bioprospecting, Access and Benefit Sharing Regulatory Framework[1] that provides guidelines for providers, users and regulators of indigenous biological resource.

What is the relationship between the Nagoya Protocol and national rules on ABS?

What is a National Focal Point and what does it do?

Establishing National Focal Point (NFP) is a stipulation of the Nagoya Protocol. Each Party to the Protocol must allocate one institution to operate as an NFP. A NFP is a national institution within a country that provides information on access and benefit sharing (ABS) regulations and procedures according to the ABS rules in that country. NFPs also provide information on Competent National Authorities and relevant stakeholders.

What is the Nagoya Protocol Compliance Committee?

The Compliance Committee is composed of 15 members nominated by Parties and elected by the Conference of the Parties serving as the Meeting of the Parties to the Nagoya Protocol. Three members from each of the five regional groups of the United Nations are elected, one of which will serve as the chair. In addition, two representatives of indigenous peoples and local communities are elected to serve as observers. The purpose of the committee is to monitor non-compliance issues relating to the Nagoya Protocol via submissions made by the Parties and recommend ways in which non-compliance can be addressed. Ms. Kauna Schröder of Namibia is the current chair of this committee.