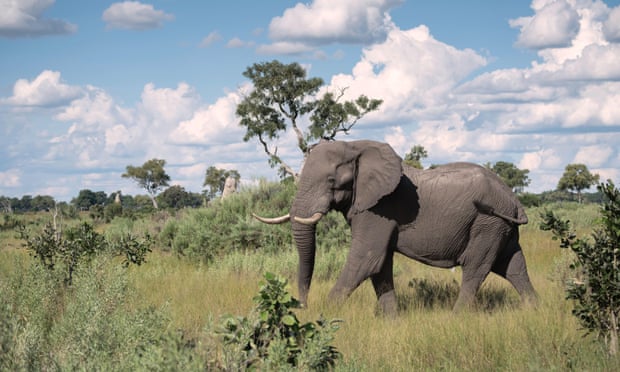 While a UK bill to ban the import of hunting trophies enjoys popular support there, rural Africans directly affected by such decisions are voicing opposition.

In an article submitted as a Commentary piece by community conservation practitioners and professionals in Namibia and published in Mongabay on February 11, 2022, the authors say the bill, if passed, will reverse southern Africa’s wildlife  conservation successes and affect the livelihoods of millions of rural people in Africa. They appeal to lawmakers in other countries to hear the voices of those who live with wildlife.

“The opinions of rural Africans, in particular, are rarely or never heard in such policy debates even though they stand to be directly affected by these decisions. In the interest of highlighting their opinions, we share some responses to a recent series of interviews regarding elephant management in Namibia.”

The interviews were conducted with 38 communal conservancies. They took place in additions to public meetings organised by Namibian government who commissioned conservation professionals including three of the authors of this article (with Mr. Kenneth /Uiseb providing oversight) to hold the meetings in rural areas known to host elephants.

Communal conservancies are community-based institutions that have been granted conditional ownership rights over wildlife that occur within their jurisdiction. The authors expalined the ovbjectives of the exercise:

“Understanding the reasons behind rural attitudes towards elephants is especially important when formulating policies that will affect human-elephant relations. These community leaders are aware of the international pressure to ban hunting, which has most recently taken the form of the UK’s proposed Animals Abroad Bill. During the interview, respondents were asked what they would say to anti-hunting campaigners if they had the chance. Their responses were clearly influenced by their overall views on elephants and how to manage conflict with them:

“They [campaigners] should not come here and dictate us. We have our own rights to our resources. Elephant hunting has brought development in our community, such as electrification, hostels, kindergarten, water points, community office. If it were not for elephant hunting there could be no development.”

Many of them expressed pride in having elephants living in their conservancies, while others emphasized the importance of tangible benefits.  When answering a broad, open-ended question about their feelings towards elephants, most of the respondents were positive. :

“We feel proud. We are also proud to be part of the elephant conservation as our future generation will be proud of our interventions.”

“We feel good because they bring us many benefits. Such as income and meat.”

“We support sustainable hunting because if the number becomes too much they will destroy our crops. Our hunting is very controlled and is in line with national and international obligations. We do not just hunt for the sake of it, we get very limited quotas once in a while.