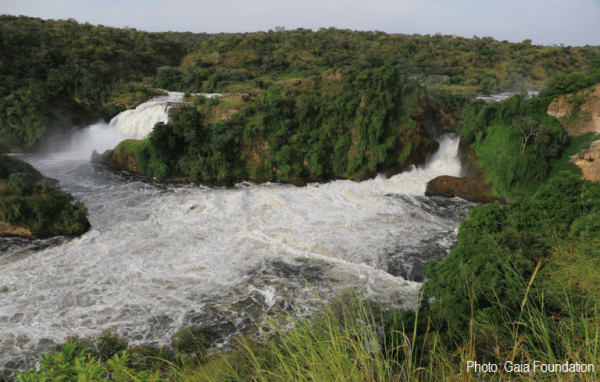 The dulcet, almost musical voice of the Runkeeper App interrupted the pounding sound of my feet as I started my run.

I had not run on this path for over six weeks. Since the lockdown was instituted across England in March 2020, human movement outside the homes had been severely restricted.

But after Prime Minister Boris Johnson announced the easing of lockdown measures, allowing people as much outdoor exercise as they like, provided they observed social distancing rules, I decided to resume my runs.

As I moved more deeply into the forest, the Runkeeper’s repeated accounting of my time and distance seemed small in contrast to the scene unfolding around me.

Everything looked and felt different, the greenery more vibrant, the bird songs a boisterous cacophony. Their chirps came in bursts, rippling through the branches and leaves. As I ran deep into the woods, their individual sounds turned into a symphony of beauty and awe. The tweets got louder the further I ran from home and closer to the river.

I wondered whether this spectacle of nature had always been there. But my thoughts were interrupted by the app’s rich sweet voice, again: ‘Time, 10 minutes. Average speed, 4 minutes 45 seconds per kilometre.’

I was on a roll! This is quick by any account. Surprisingly, I did not feel any exhaustion. I was impressed by my running and loved the crazy endorphin release. Where was this energy coming from?

Even at that speed I could see the moles as they dared to clamber above ground, likely hunting for worms. That was very odd. These small burrowing mammals with their velvety fur, small eyes and long nozzle are rarely seen on this path.

Soon, a new sound broke the symphony. It was the burble of a flowing mass of water. I had arrived at the village river. In the old days, the river had been a life giver for the village. It supported the gardens from which breakfast and dinner came. The story was that visitors from the city to the village would arrive empty-handed but leave with their hands full. Because the river was able to give, and the cities gratefully received.

Over time, the river had lost its significance, beauty, and generosity. Loaded with agricultural waste and other pollutants, it was no longer an attractive home for any form of life. And none had been in the river for ages. The riverbanks, however, offered great running paths!

Lamprey are both ancient and spectacular – particularly in how they use suckers and rasping teeth to feed on other fish.

This time, I had lost pace. There was something unusual about the river. A new jewel-blue stream splashed as it burbled through the trees, curving gently, and hopping over rocks.

In that vibrancy, I spotted several strange-looking fish. They had funnel-like mouths, with sharp teeth. I stopped in my stride, took out my phone to film as they calmly meandered by the banks of the river. Later that evening, I learned that I might have just witnessed something extraordinary: a pair of endangered lamprey fish in our river!

Indeed, after a mere eight weeks of reduced human intrusion, birds, small mammals and fish were tentatively reclaiming their space in nature. 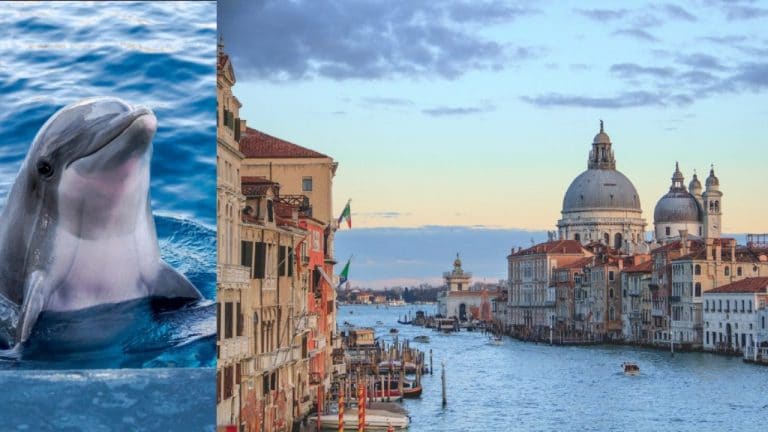 The Canals in Venice Are so Still, Dolphins and Swans Are Returning for the First Time in Years

The shutdown of modern life as we know it liberated wildlife to enjoy newly depopulated landscapes. There were dolphin sightings in the Venice canal, a humpback whale in New York’s Hudson river and coyotes down the streets of San Francisco.

Beyond these anecdotes, new data is emerging on environmental recovery from our reduced carbon footprint. China is registering 17% less urban air pollution. In India, river waters and river life gained the most, with dissolved oxygen, biological oxygen and pH of river waters improving by 79%, 30% and 7.9% respectively.

Although we are yet to comprehend the full impact of this unnatural experiment, nature has demonstrated its tenacity. Given a break, it can recover.

I had slowed down, distracted by nature’s vibrancy.

New thoughts came to my mind. With human life slowly returning to ‘normal,’ we risk losing these sights along with the benefits of nature to human beings. Human activities are hurting an already hurt world; through pollution and unsustainable use of nature and wildlife, we are drawing down natural resources without accounting for the impacts on human society and economies.

As governments rebuild economies from the impacts of coronavirus lockdowns, development could proceed as before—destroying nature as we convert wild lands to human habitation and farming—or we could seize the opportunity to approach  development with a fresh perspective, starting with accounting for the values of nature in our economies.

We need to measure our economic vitality with a broader compass of progress—one that expands beyond the value of products and services exchanged on markets to include the natural and human resources that enable these products.

Governments have a valuable tool to aid them in this accounting. The United Nation’s Experimental Ecosystem Accounting framework integrates ‘a statistical framework for organizing biophysical data, measuring ecosystem services, tracking changes in ecosystem assets and linking this information to economic and other human activity.’ To date, about 50 countries are experimenting with this system.

World leaders have at least three important meetings on environment where they can unite, as they have in the fight against coronavirus, behind making accounting for nature mandatory for all economies.

They will meet for the Convention on Biological Diversity to embrace nature-based solutions. Then they meet for the World Conservation Congress to agree collective action for nature before meeting again at the Climate Summit to agree on national contributions to the Paris climate targets.

It was time for me to break into a faster pace, heading home

Maxwell Gomera is the Resident Representative of the United Nations Development Program in Rwanda and a Senior Fellow of Aspen New Voices. He has worked extensively on nature and biodiversity. Twitter: @GomeraM